Build your Pennsylvania library, or look for these titles at your local public library. To order a book, take the review to a bookseller or contact the book’s publisher directly.

If you’ve recently published a book about a Pennsylvania topic, you are welcome to submit it for possible review in this column. Send it to Book for Review, Attn.: Publisher, Pennsylvania Magazine, PO Box 755, Camp Hill, PA 17001-0755.

Do people in the Pittsburgh area talk funny? The author has devoted some 266 pages to the topic. And she certainly covers a wealth of words and expressions that are peculiar, odd, different or unique, most to the Pittsburgh area and some that are known throughout Pennsylvania.

Yinz is the western Pennsylvania version of you all or you’nz, of course. She traces this expression and many others all the way to original settlers and those who followed and made their own changes in pronunciation of common words and phrases.

She deals with such terms as slippy and redd up and nubby— even the “shirt needs ironed” that is commonplace throughout the state. Then to further explore the language issue, she discusses terms such as sammitch (sandwich), jynt (Giant), jeet yet (did you eat yet?), filum (film), hauscome (how come), we got (we have), Pixberg (PIttsburgh) and many many others.

Would the usual reader in central and eastern Pennsylvania find this a valued text? Not sure, but students of language and library directors might want to pick up this book as a valued resource.

The Mural Arts Program of Philadelphia is one of the nation’s largest and most successful public art organizations.

The program has sponsored more than 3,800 morals and public art projects in every neighborhood in the city. In the process, thousands of people of all ages have been engaged in active participation, some ex-offenders have been trained for new jobs, and the city’s struggling commercial corridors have been transformed.

The editors have assembled articles about 21 projects that have been completed since 2009. The book could serve as a guide to leaders in small and large urban areas who may be interested in changing the public space in their own communities.

Letters from a Montana Sheep Man

This is a book about a man—Isaac Schultz—born in Hereford, Berks County, in 1851. After schooling in Pennsylvania and gaining a degree from Ursinus College, he taught school for a while but, always restless, he then moved to Florida and operated an orange grove for four years.

When his parents in Pennsylvania died in the late 1870s, he returned to his family home long enough to help settle the estate, and then headed west. He ended up owning a sheep farm in Montana. He wrote a number of letters to his brothers back east in the 1800s, and that is where this book really starts. The author is the great-great-niece of Isaac and was able to obtain copies of those letters, which have accounts of sheep raising and issues related to farming in the West in the 1880s. Isaac nearly went bankrupt because of a severe winter in 1886-87, when most of his sheep perished.

Thinking perhaps he had bragged too much of his successes in Montana, Isaac decided to cut off any more contact with his family and stopped writing. He married and worked in other places in several states. In 1930, his wife noticed his health was failing. She finally persuaded Isaac to reconnect with his remaining brothers, and the family members again wrote letters back and forth in 1930 and ‘31. The author says the 1930-31 letters provide a window on the daily lives of ordinary people struggling to get by during the Great Depression.

The letters “weave a tale of a man lost and then found, surrounded in the end by the love of his Schwenkfelder family.” Isaac passed on in early 1931, but his wife said that he was pleased that he finally reestablished contacts with his family.

The book’s author is an 8th generation Schneck from Schnecksville and worked for 25 years in book publishing at Rodale in Emmaus. She includes numerous Pennsylvania family photos and other records, as well as photocopied pages of many of the handwritten letters from the 1880s and the 1930s. The book should be of interest to people who like a positive outcome of what appeared to be a 44-year-old mystery of a missing brother far away.

Lumbering: A Way of Life at Pardee

This book is mainly a history of Ario Pardee, his lumber company in Union County in the late 1800s, and the start of state involvement in developing and protecting our forests.

The author believes that Pardee is the person responsible for the elimination of virgin forests starting in the 1870s in the Union and Centre County areas. His company provided lumber for use in coal mines and for many other projects.

His lumber company employed thousands of residents in the area, which stimulated economic development there starting in the late 1800s. Within 25 years, the loss of so many acres of mature trees caused members of the General Assembly to consider ways to rejuvenate the stripped lands in that and other areas with lumbering activity in an effort to save our forest lands. They created the state Bureau of Forestry in the first years of the 20th century. In central Pennsylvania, the state purchased some 14,000 acres of land that had been the basis of the Pardee logging operation.

Later, purchases of timber land of nearly 200,000 acres in Union and surrounding counties formed the basis of Bald Eagle State Forest. The author says the state-created renewed forest system has become a hallmark of Pennsylvania. In recent years, waves of invasive insects and plants are causing much damage to our forests. Attention now has to be given to dealing with these threats to our environment and preservation of these resources.

The Civil War in Pennsylvania—
The African American Experience

This Civil War book is devoted to essays covering civil rights, emigration, abolitionism, armed resistance, service in the war, Camp William Penn, plus a collection of photos of African Americans in the war.

The writers treat the war as one over slavery and the opportunity to liberate the masses of Africans from bondage. This view is not one of understanding the war as a means to restore the union, but to build a new union that includes liberty for all in practice, not in theory.

The editor has collected, in addition to the photos, a wide variety of maps, paintings and copies of documents. Overall, the book will enable readers to gain an appreciation of the roles that black citizens played in their quest for freedom, nationhood and self-determination before, during and after the Civil War.

The texts in the book are well written. This would be a useful addition to school, college and public libraries and to the personal libraries of students who have an interest in this aspect of American life.

Emma Gatewood was billed as the woman “who saved the Appalachian Trail.” In 1955, this 67-year-old mother of 11 decided to walk the 2,186 miles of the trail and, in doing so, became the first solo woman to claim that distinction. In her home state, Ohio, she had read about the trail and what it entailed and decided for several reasons to give it a try. She had not told all her relatives of her efforts.

As she walked along the trail, starting in Georgia and walking through the 13 other states (including the 229 miles through Pennsylvania), local residents along the trail contacted newspaper reporters. They soon reported about the older lady and her plan to be the first woman, walking alone, to do a thru-walk, the term used for one who walks the whole trail.

National media picked up the story, and her saga became known to her children, who wished her well. Everywhere she went, people asked her “Why?” and her answer always was “Because it was there. It seemed like a good lark.” The total walk took her 146 days and cost her less than $200, as she was given lodging and food from well-wishers along the way.

After, she was invited to be on television shows, including Groucho Marx’s and Art Linkletter’s show. And, to put her in the Believe It Or Not museum, she found the 1955 experience so fulfilling that she walked the trail twice more, in 1957 and 1964, making her the first person, at least at the time, to walk it three times.

As she walked the trail and was interviewed by reporters frequently, she would speak out about overly rough stretches and areas that had poor maintenance, and usually the coverage would lead to improvements. The author states that the media attention to the trail was unprecedented—consider that her first walk was in the mid-1950s—and led to more and more people trying the walk.

A national organization reported that, as of 2013, more than 11,000 people are thru-walkers. Emma, back in her Ohio home, passed on in 1973. To gather information for this biography, the author spoke to her children, read all of her diaries, sought newspaper reports and spoke to people along the trail who were of help to her. It is a positive and heartwarming book for readers of any age.

This book is part of a series on tombstones in our state. The authors were contacted in 2012 about doing a special one on subjects related to the Civil War, as 2013 was the anniversary of the Battle at Gettysburg. The result is words and photos about events and people associated with the Civil War.

Grave sites of selected soldiers are described in the chapters, and information is given as to where to see them and how to get there. For such a somber topic, the book is still quite interesting to read. A family could use this book to plan a weekend trip around one part of the state and learn more about the Civil War than they had ever considered.

Life in the Keystone State

Dennis Wolfe loves to travel and loves to take photos, and he has combined these habits in his Life in the Keystone State book. Now retired from a teaching career in central Pennsylvania, Dennis has produced a handsome volume of his photos taken across the state, in like manner as his previous volume, Small Town Pennsylvania, that we reviewed in these pages a few years ago.

In addition to hundreds of visually interesting photos, plus captions, he has presented accounts or stories of five individuals who have made contributions in many ways to life and activities in our state: Anne Beiler, founder of Auntie Anne’s Pretzel; George Leader, former governor and retirement homes developer; Steve Sheetz, CEO of Sheetz convenience stores; Michael Smerconish, radio and television commentator; and Brady Wegener, a “first-class performer”seen on YouTube. The book is highly recommended for school and public libraries as well as one’s family library, at least for ideas for one’s own travels to places to see. 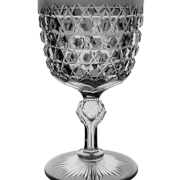